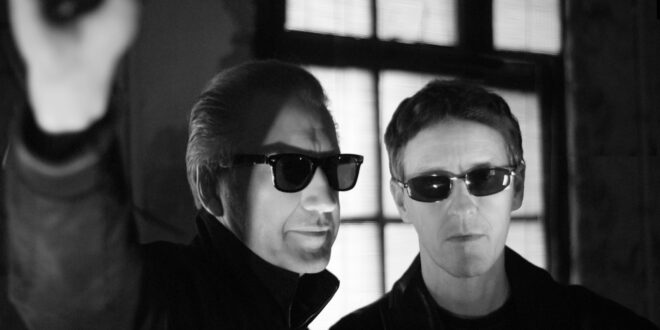 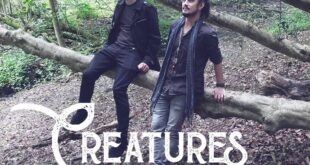 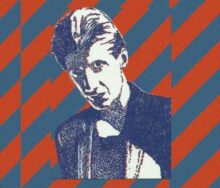 Alex Novak of Northampton based The Venus Fly Trap talks us through the early days of the band, and fills us in on the retrospective career spanning compilation of bands and projects that he has been involved with.

Not a straight forward answer as the line up has changed many times, but to summarise, I had just finished being in a band called Attrition, who were based in London at the time, I had done an album and toured Holland with them (my first time abroad). Decided to move back to my native Northampton (famous for Bauhaus, Alan Moore and the film Kinky Boots), hooked up with my brother John Novak (Isaws,Wheres Lisse) and Tony Booker an x-art school student (I also attended art school).

The line-up pretty much changed within six months, we originally used a drum machine but then decided to add a drummer, Andy Denton was drumming for a local band Crowman at the time. He joined the band and as these things happen more band changes, he ended up playing guitar and has done for a number of years. Myself (Alex Novak-vox) and Andy Denton (guitar-programming) have produced four albums as a duo, Dark Amour, Zenith, Nemesis and most recently Icon which came out in 2018.

Venus Fly Traps first gig had been hyped up locally as we all had been in cult bands before and had connections with the art school, so there was high expectations from the audience which put us under a bit of pressure for our debut. It went fine, a solid start, we didn’t make any major errors, it’s not always about where you start it’s where you end up.

We have been described as “Bladerunner rock n roll with dark acidic shades”, dark sonics for films in your mind, we are situated in the post punk genre melded with electronica, think of Joy Division, Doors, Chemical Brothers dna intertwined with ours. Live its pounding electronics overlaid with a pincer movement of dark vox and needle point guitar, all filled in with wax crayon colours to mesmerise the audience into submission.

The new music scene is bursting at the seams with fresh talent, in what ways do you feel that a band has to stand out from others trying to build a name?

Get out and play and hone your stage craft, engage with new audiences via decent support slots and build a rapport with potential fans. Utilise the media, come up with strong ideas and images for the band, sort your own merchandise and have material on multiple formats so you have stuff at your merch table, do the leg work and be persistent.

What are you working on the minute that people can check out?

Well just out is a retrospective career spanning compilation of bands and projects I have been involved with called Venus Fly Trap/Alex Novak-Mercurial CD/DL (Glass Records Modern) it features Isaws, Religious Overdose, Tempest, Attrition Nova State Conspiracy, The Den, Spore and of course Venus Fly Trap.  Check it out here.

Were pretty open to who we play with, anything alternative I guess, but it would be cool to do shows with the likes of Interpol, Goldfrapp, Savages….we played quite a lot of shows last year with Theatre of Hate, Spear of Destiny, Pop Will Eat Itself, Chameleons and our own gigs as well.

There’s a lot of interesting bands and artists making some in roads, some more than others, but they have the potential, I will name check Barratts, Thee Telepaths, Keepers, Phantom Isle, there’s many more, it’s a very healthy music scene in the shire.

What are your first musical memories? And what was the lightbulb moment that made you go – I want to do that?

When Punk/New Wave/No wave exploded it changed my perception, it was a just get up and give it a go attitude, minimal experience but it didn’t matter it was the ideas, the DIY approach got people to do music who would not have thought of it before.

What was the last gig you attended as a fan?

Try and get out and see bands as much as possible, seen these recently; Otoboke Beaver, Shonen Knife, Stray, Groundhogs,Tav Falco, Gestalt, Lovely Eggs…

The album that you have in your album collection that would surprise most people?

The Comet is Coming-Trust in the Lifeforce of the Deep Mystery…but my tastes are pretty eclectic so most people i know realise i have wide tastes..

Hopefully out playing in September after re-scheduling shows we had in May, plugging the new release and planning some re-issues for later in the year.