Takar Nabam is an Indian singer-songwriter who infuses mellow alt-rock references and hints of Himalayan folk music influences from North East India to create a soulful concoction of liberating grooves, jazzy riffs, and dreamy vocals. From India’s Arunachal Pradesh region bordering Tibet, Takar’s music embodies the truth that it’s the journey that matters, and not where it should eventually lead to. Here is all you need to know about Takar… 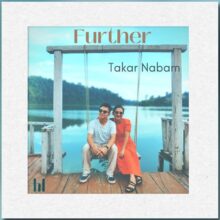 What are the origins of the project, and how long have you been playing?

It was more of a go with the flow kind of a thing for me. Back when I was still in school, I was crazy about cricket, and then came a situation where I was struck with a dilemma of choosing between cricket and music. I ended up choosing music and it was the sound of the electric guitar that got me hooked on the guitar, back in 2002. I grew up watching a lot of music videos on MTV, especially all the rock n roll bands, and 90s Pop.

Living in India, where a lot of focus is still given to academics, I made sure that I did my schooling and graduation come what may while keeping the music alive. Even today, I do a bunch of different things like looking after my family’s business, sessions, composing and arranging for other artists while writing my own material and putting it out to the world.

I don’t think I can imagine a life devoid of music. It’s the air I breathe.

What should people expect when they check out your music? How would you describe yourself?

I’m always looking for ways to reinvent myself. If there’s one thing that I’m not so fond of, it is being predictable. I really hope I get to that point, not anytime soon, hopefully!

Some of the major themes of my songs are based around love, life, and most of my songs are dreamy, nostalgic, and soothing. So if you’re looking for music to soothe yourself or if you’re going on a long drive, I’d say my music will be a good fit for you. 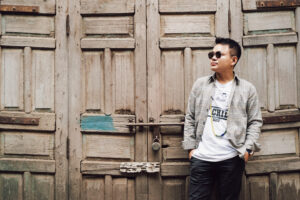 How did you feel performing your first gig, and how was it?!

It was back in school, while I was a part of Guillotine, a progressive metal band from New Delhi, India. Besides the fact that I could perform at a pub at such a young age, which was so exciting! There was something about being on stage that felt like the most important thing I could ever feel. Such a high was not felt before and I got hooked on it! It just gave me a whole perspective and my life changed for good.

The new music scene is bursting at the seams at the minute with fresh talent, in what ways do you feel that an artist has to stand out to build a name for themselves?

It’s insane to see the amount of music that’s coming out these days! It can be extremely overwhelming. If there’s one thing that I’ve learned from being in the music scene for such a long time it is that consistency and evolution are the key here.

You may not be the most famous or the most commercially successful artist, but if you have your own unique way of doing things, you will find your sweet spot in the scene. It’s important to know this and continue to do what you love without getting distracted by all the noise around you.

I’m working on a new collab with Swatu Bhatt, an amazing singer-songwriter from New Delhi, India. We are looking at releasing the tune we’ve been working on for a while, in the first half of July. I’m also in the middle of recording some of my own demos, which I can’t wait for the world to hear!

In terms of a similar audience, which artist out there at the minute do you feel you would be best suited to open for?

I would love to open for Derek Trucks Band, Incubus, John Mayer, RHCP, Vulfpeck, Tom Misch, ah if only I wish I could! My music has a lot of guitar work and the above-mentioned acts and artists have a somewhat similar vibe I feel. 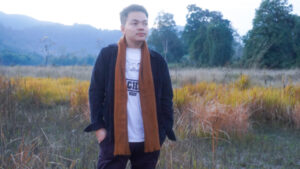 Back in 2005-06 when the Rock and Metal Scene was huge in New Delhi, India, I used to attend almost all the gigs that used to happen. It was the GIR (Great Indian Rock) concerts that made me feel like “I want to be on that stage!” This was a whole different era and it did inspire me to take my music more seriously. Somewhere deep down inside me, that little kid is still there and it comes out on a few special nights at my own gigs. That fire is hard to find sometimes, but I know it’s there and I need to focus to get it out.

In 2019 I got to watch Vulfpeck live at Madison Square Garden and I jokingly told myself that I’d quit music! They were so good, and there was so much to learn from it. It was a life-changing experience for me.

I mostly write songs about life and love, but sometimes I do try to write about social issues prevalent in Arunachal Pradesh, India, like polygamy, child labour, etc. Although there have been some tremendous improvements in the last few years, there’s still a long way to go.

Here’s a song I wrote in my native dialect, the Nyishi dialect. https://youtu.be/RynBCITyFH0

I also wrote a song about love, which was beautifully interpreted in the context of a Dog. In this case, Laika, the first dog to be spent to space.
The album that you have in your album collection/Spotify playlist that would surprise most people?
This one! My one-year-old daughter loves it! She happy. We happy! 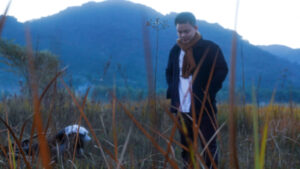 Ah, 2021-22 definitely saw some great music releases. A few of my personal favourites are:-

a) Sob Rock – John Mayer
b) Brightside – The Lumineers
c) If This Isn’t Nice, I Don’t Know What Is – Still Woozy
d) Obviously – Lake Street Dive

I’ve been listening to a lot of daily mixes thrown at me by my Spotify, mostly a mix of Indie, singer-songwriter, RnB Soul, Jazz composers and improvisers, and also rock and roll, and heavy metal once in a while.

More new music, more live gigs, collaborations with other artists, let’s see how things pan out. It’s good to be able to get out and play again, really missed it!

Pretty active. In fact, I’ve had several fights with my better half, especially during those times when I get too hooked onto it that I think about what all to post, shying away from laundry duties!

Previous REEF announced as Special Guests for The Rolling Stones
Next Review: Church of The Cosmic Skull – La Belle, Edinburgh