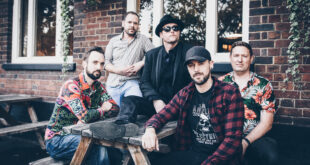 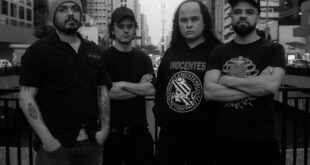 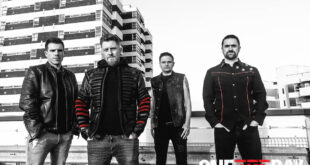 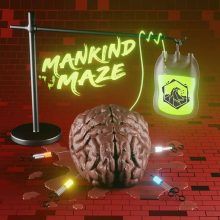 Guitarist/vocalist and Stone Sea founder; Elvis Suhadolnik Bonesso relocated from São Paulo, Brazil to Dublin. After a change in personnel, Elvis joined up with Jonathan Parminter on bass and vocals, and drummer Connor Middleton to form the current incarnation of Stone Sea. Here’s what you need to know about the “Alternative Rock band with Machiavellian Pinches of Universal Seasoning.”

The band originally started in with Elvis in Brazil, 2014. In 2015 the band released the first album “Origins” and right after Elvis moved to Ireland where he reformed the band and recorded the EP’s “Vaporizer” and “Mankind Maze”. Now, this incarnation of the band came together last year around June (2019).

First gig was great, we were releasing our song “Seeing Red” in Cork – Ireland. We had a nice response from people and the bands that were opening the gig for us.

That’s never an easy question to reply, once we have so many different songs. They can expect anything, really – followed by a grooved-fatty carousel of riffs.

Sincerity and surrender. There’s no limits on how deep you can get into the melody if you put feeling into every note you play or sing.

We’re currently working on a new album that is meant to be released by September this year (if all this virus situation is over by then). So there’s plenty of new music coming up, besides one music video from the EP Mankind Maze that was recently recorded. If people wanna know more of it, check on our social media (Facebook and Instagram)

We have the feeling Dinosaur Pile Up would be the next one… After us, obviously

Elvis – Watching the release of “You Know You’re Right” by Nirvana on MTV around 2002. I didn’t understand the lyrics by then, but the whole rage, melancholy just got me whole.

Jonathan – First musical memory would be when I was 14, a friend of mine sent me ‘Hail to The King’ by Avenged Sevenfold. Before that moment I had been into acoustic music and 80’s Rock’n’Roll. But after that moment metal became my favourite genre. The light bulb moment for me was actually when I saw Alice Cooper in 2017. There was a moment when the 3 guitar players and the bassist all lined up at the front of the stage for an instrumental section of a song, I can’t remember which song. But I remember seeing the genuine enjoyment on all their faces. I distinctly remember thinking “That’s what I wanna be when I grow up!”

Connor – I grew up just listening to whatever was on the radio. When I was around 11/12 I started watching a lot of drum covers on YouTube and got really obsessed with a few drummers through that. One in particular, Fede Rabaquino, had just released a cover of Highway to Hell by AC/DC and I thought “I can do that”. Through watching all these drummers, and the music they were playing, I got introduced to lots of different bands and then as I started finding more and more that I liked, I just started learning more and more songs. I wouldn’t really say I had a light bulb moment, I find it hard to remember a time when I wasn’t obsessed with playing music, or wanting be in a band.

Elvis – Last gig was Tame Impala last year which was GREAT. I wish I was there for Slipknot and Tenacious D as well.

Jonathan – The most recent gig I attended as a fan was ‘The Bay Strikes Back’ tour featuring Testament, Exodus, and Death Angel. It was great to see Gary Holt back in his natural habitat with Exodus!

Connor – The last gig I went to was possibly Metallica in Slane or Foo Fighters in the RDS.

Jonathan – There’s a surprising amount of Graham Central Station in my Spotify playlist, as a bass player there’d be something wrong if I wasn’t inspired by Larry Graham!

We are currently working on an album which we’re hoping to release towards the end of the year. Said album may or may not be supported by a tour, you’ll have to keep an eye on our social media pages for updates!

Previous KILONOVA: ‘Immortal’ – Out Now
Next Robert Jon & The Wreck: New Album May 8