South-East England-based rockers One Last Day recently unleashed their debut single ‘Not Ready To Die’ upon the world. We caught up with the guys; Alex Willox (vocals), Gareth Stapleton (rhythm guitar/backing vocals), John Harmsworth (lead guitar/backing vocals), Adrian Osman (drums), and Bob Brockwell (bass) to get the lowdown on the band, as well as their own individual musical memories. Catch up with One Last Day below… 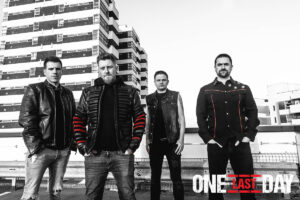 What are the origins of One Last Day? How did you all meet?

Gareth: John and I have known each other for many years and started writing music together a while back with the idea of forming a band. We found Adrian through online adverts for musicians.

Alex: I myself joined the guys after John (L. Guitar) contacted me mid-2019 after I had left my previous band (Bad Solution) earlier that year. Myself and John had met in around 2013/14 when our bands shared a show at The Peel, Kingston, together. Oh, how I miss that place…

It was a nice surprise to hear from him. After months of thinking about whether to re-enter the crazy world, I finally agreed to auditions. From the first audition in 2020, we gelled brilliantly and after a couple of sessions/auditions, it was agreed I’d be staying…

Bob: I was put in touch with the band by a third party. They felt my playing style would best suit their music

As a new band, how difficult has the lockdown been with regards to bonding as a band?

Alex: It was tough, to begin with however as a team we seem to have adjusted remotely and are in 24/7 contact..

Gareth: It has been quite difficult, however, we have been keeping in touch on a daily basis to ensure that we are progressing with our plans. We managed to get a few rehearsals in last Summer and Autumn while the lockdown rules weren’t as strict, but we haven’t spent as much time together as we all would have liked to.

Bob: I’ve only met the guys once (audition) and they made me feel at home. 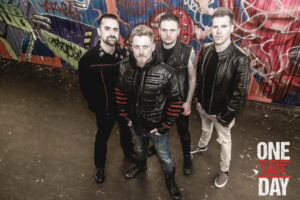 What should people expect when they check the band out? How would you describe One Last Day?

Alex: They can expect a group of honest guys making music for love and passion to have no boundaries within genres. We are not a band with only one specific sound/influence which will be exciting as nobody will ever know what to expect.

‘Not Ready To Die’ is your debut single, what was it about this one that made you chose it as a single? And what are the lyrical themes behind it? It’s quite an evocative title that could mean so many different things!

Alex: I love leaving songs to personal interpretation however, Not Ready To Die is a track that I feel many will resonate with during these trying times for many. If we can all take one thing away from this track it’s please don’t give up on whatever journey you are on no matter the circumstance. Lyrically it’s about not caving in to anxiety and staying on your journey.

What goes through your head in the run-up to releasing new music, especially your debut? Are you excited? Nervous? – Both?!

Alex: Excited to be back doing what I love. Nervous about what listeners and potential fans will think. So far we have mostly positive feedback and that’s good enough for us.

Gareth: I’m always excited to release new music and always want people to hear it as soon as possible!

Bob: I really cannot wait for what’s next. As the “new guy” it’s been really refreshing working with the guys and putting my ideas across. What’s coming is really exciting and I cannot wait for you all to hear it.

In terms of a similar audience: who would be the ideal act for One Last Day to support?

Alex: Bands like Shinedown/Seether and any Hard Rock bands that like to push the boundaries a bit would be great for us. But at this current time with no gigs, I’d be grateful for a show with the Spice Girls right now.. 😂 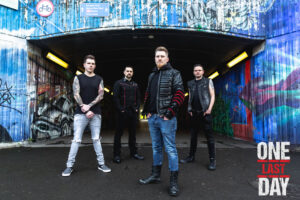 Alex: Let’s be honest all singers start in the shower right?!.. Haha… I had not long left the military after a car accident and I had really started getting deeper into music and it was a way to express my emotions… Cliché I know but in this case 100% true.

Gareth: My first memories are probably listening to ’70s glam rock and disco (In the mid-late 80s, I’m not that old!) but also I remember listening to some Metallica and Nirvana tracks in the early ’90s on radio, but for a few years after wasn’t sure what I had listened to. The first music I really got into was Oasis around 1994-95 and I think that was the first time I really thought about wanting to make my own music, although it would take a few more years to actually do it.

Bob: Iron Maiden’s “Run To The Hills”. Hearing that song at the age of 9 was like a donkey punch.

Alex: This is tough as I have a few.. I was brought up with a wild amount of great music across the genres and decades, Pink Floyd, Nirvana, The Who, T-Rex, The Rolling Stones, and Michael Jackson to name a few but I’d say at the specific time I wanted to be a frontman it was Corey Taylor for his adaptability between Slipknot and Stone Sour, both bands I loved, and Jacoby Shaddix as I loved his live shows with Papa Roach.

Adrian: I want to say either Machine Head or Disturbed, but it was probably The Offspring

Alex: Damn… Feels like so long ago now.. 2000 Trees Festival 2019 with my brother from another mother, Sid Colville!

Adrian: Maybe Papa Roach in Kingston in 2017 with Gareth and John, but possibly Craig David at Ascot

Alex: For me, it’s mental health as we are in a time where some are living alone with not a lot of human contact. I myself am no stranger to demons so it hits close to home.

Bob: Social….. when was the last time we were able to be social?! 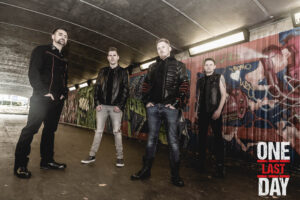 Alex: Haha I have a load however I would never call them guilty pleasures, like some, as they have a space in my collection for being great artists…

Gareth: Ludovico Einaudi (all albums – for those chilled out piano music moments)

Alex: In all honesty, I don’t have an album of 2020. I think I did a lot of listening to bands firing out singles left right and center.

Two bands stood out to me though: Fit For A King – The Path. When I heard the title track those crushing riffs sucked me in haha. Theory of a Deadman – Say Nothing. Their single release ‘World Keeps Spinning’ really put things into perspective.

Gareth: Bring Me The Horizon – Post Human: Survival Horror (technically an EP but I’m counting it)

Bob: Oh Christ!!!! There are so many. I cannot pick one so you can have a few…

Irist – Order of the Mind 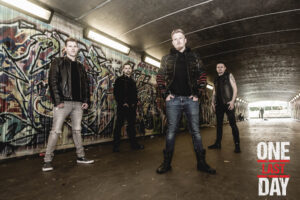 Alex: I’d say Nonpoint do not get enough love and attention for their songwriting abilities.

Adrian: Ill Nino are still smashing it along with Drowning Pool. People should check out their later stuff

Alex: I think it’ll be gig time. Go out there and play and never take anything for granted again!

Gareth: Get the band on the road!

John: Take over the world!

Adrian: Speaking for the whole band, besides finishing the album, I’d say we just want to get gigging!

Bob: Album release followed by a long tour of the UK!

Previous AMIGO THE DEVIL: New Single – ‘Quiet As A Rat’
Next Heartsick: New Single “Thrill of The Hunt”