Seems a bit strange running an “Introducing” feature on a band that has released six albums, but here you go; introducing Little King, an American three-piece named after founding member Ryan Rosoff ( the name Ryan comes from the Gaelic words ‘righ’ and ‘an’ which together mean ‘little king’, but even the non-Celts amongst you knew that right?). Here Ryan fills us in on the background of Little King, and introduces us to his imaginary friend, Cornelius….quarantine’s a bitch right?! 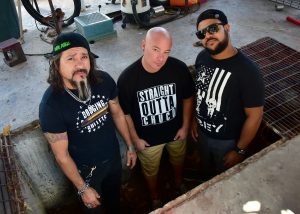 I’ve been playing songs in my head since about 1972, but the actual, verifiable humans of Little King came together in November of 1996. 23 years before the Corona Virus, and 7 years before our album Virus Divine. Hmmm…

Little King has always been a kind of self-aggrandizing euphemism for “My Friends Putting Up With Me,” really. All 6 albums feature a different lineup, although we have some repeat offenders in there. Eddy Garcia (also from Overkill, Ministry, and Pissing Razors) has put up with me on drums for the last 3 records, while Manny Tejeda had his first run on bass on the latest album (Occam’s Foil, 2019). This keeps it fresh, I think. The goal is to have fun and leave a lasting legacy, and I think that rotating members and guest musicians does exactly that.

How did you feel performing your first gig?

Terrified, I am sure. I barely remember…it was in the high school cafeteria at lunch with my first band, The Green T’s. Yes, we were THOSE GUYS in high school. The lunchroom was in a huge separate building called The Mushroom, and the principal must have gotten laid the night before or something, because he agreed to let us play at lunch.

We destroyed a few Rush, Zeppelin, U2, and Police songs. I was certainly the worst of the group, as at the time I was a singer (oy vey) and not even a guitarist yet, at age 15. Perfectly awful. But I got the bug, and I kept going. And going. And…

What should people expect when they check the band/you out?

First and foremost, we aren’t your other band. You know…the one you like? Seriously, I don’t really know what we are. People ask me to pigeonhole the music that comes out of my head, and I’m like, “If you were in my head with me, you’d never ask such a thing of me. Run Away.”

I’d say you can expect a large variety of genres and influences within every album, but somehow it comes out sounding like Little King.  Rock, Metal, Prog, Folk, even a little Reggae/Ska on the new record. We are a always a 3-piece, although I did have a cello and violin invade on “The Skin That I’m In” and “The Foil” on the new record. I try to keep the ethos of a trio on my compositions with the thought that I want to faithfully reproduce the songs live without compromising the integrity of the arrangements. So we play up the dynamics as much as a band can within the context of a power trio. 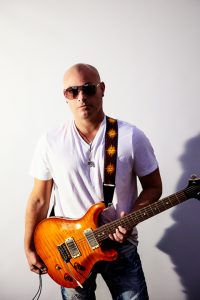 Since I feel like I have adequately described the band and the music, I will take that question to heart and describe myself through the eyes of another – my imaginary friend, Cornelius. We’ve become quite close during quarantine.

“Ryan is insane. Volatile. Passionate and dynamic in that he is the loudest loud and the quietest quiet. A thinker and a doer and maybe too much of a people pleaser. Master multi-tasker. Lover of wine (he’s sober), women (he’s single), fast cars and motorbikes (he drives like your grand-mama), and devoted father (he lets his kid watch ALL the Rated-R movies). Perhaps the best marker is that he washes his blood pressure meds down with strong coffee. A true Study in Contradictions.”

You stand out by making the music that you like, with passion and skill and without a fucking care as to what other people will think. That’s how it’s done…it’s not about pleasing fans or your girlfriend or press and radio. It’s about crushing it in the studio and live and bringing genuine care and focus to your craft. At that point, a certain percentage of people should glom onto it. And if they don’t?  Mazel Tov. Keep doing it anyway.

I have a new album in the works, actually. We were so set to tour and capitalize on the momentum of Occam’s Foil, but with this pesky pandemic that’s all in a lurch. My community is on lockdown, my business is kaput, and the climate is fertile as hell for creativity. So fuck it…I’m making more music.

Stay tuned. Our FB page will be the place I announce the new song. I am desperately trying to get my son to finish his keyboard arrangement. If I can get my daughter to play bass on it, then life will be complete. What a cool thing that would be…but she’s 2000 miles away, so we have to mitigate that, somehow.

I think you should be asking who should open for us, no? Okay, okay…hubris sucks. Let’s say the Foo Fighters. We are both huge Rush fans and have that connection (Theirs is obviously stronger than ours, as they inducted them into the HOF, while we just made a record in 2003 with their old producer, Terry Brown. But Still…) I’m also from Seattle, as Dave Grohl is, and we are almost the same age. Finally, our music fits.  We would CRUSH IT on tour with them…their fans are our demo.

I haven’t a clue. Our local scene is inundated with cover bands, and I don’t get out on the road much anymore to see new bands. I love our mates in Lower Case Blues from Delaware. Monster players and good friends…check them out if you love the blues. They kick ass! (Check them out here)

When I heard “Number of the Beast” by Iron Maiden in like 1982, I was a kid. I couldn’t fucking believe how cool the title track was, followed by “Run to the Hills.” I was absolutely hooked. Then I heard “Eruption” by Eddie Van Halen, and that kicked my ass too. Finally, my brother gave me a live Rush album in 1982 for Christmas. I played “Xanadu” and “The Trees” and “La Villa Strangiato” so many times that my parents still know every note. Good times… 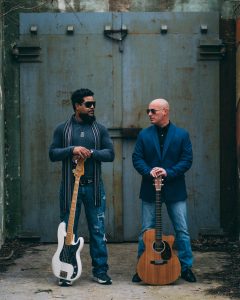 My son and I went to see David Byrne’s “American Utopia Tour” in New Jersey, and it was beyond awesome. That guy is a genius and I am in awe. That was awhile ago, though. Haven’t seen much lately. I saw Soulfly down in El Paso while we were recording last year, but the sound was awful and I walked out and got shitfaced with my drummer and crew. That was before I quit drinking. We had quite a night, man.

“All Eyez On Me” from Tupac. Love it, listen to him daily. I was actually a Hip Hop promoter as a career from 2000-2006, and he is the remnant of that time. Lyrically, production wise, melodies, anger, passion, creativity…Tupac is one of my heroes. Fucking sucks that he left so young, but what a crazy legacy of music.

I’ve actually got some other surprises in there, too. Vivaldi’s Four Seasons, John Mellancamp’s Human Wheels, and American Beauty by the Grateful Dead have all made an appearance this morning. Eclectic, no?

Very! What are your plans for 2020- post-lockdown?

Well, they are certainly uncertain at this time. We are in full lockdown in Slower Lower Delaware right now, and it’s hard to see much past next week. I’m positive that I will have new music, that’s for sure.

But will I release a full album, an EP, or just a single at a time? That’s the question. Leaning towards a full album, to be honest. I like collections of music instead of one song at a time. Within the best records, one song sets up the next, and they all make the most sense as a set piece. Old school, I know…but that’s how my brain processes music. Albums are tied together by production, lyrics, instrumentation and arrangements, even artwork. I don’t think I wanna sacrifice that feeling. Occam’s Foil is about 20 minutes long, but if you give it a listen, I promise it’s cohesive. I put a lot of effort into that!

We are as active as can be. Facebook and Instagram are both @littlekingtunes, but our web site is the place I want people to go. That’s at www.littlekingtunes.com.

It’s comprehensive! Bio, all of our last 5 albums streaming on YouTube, streaming links, updates news, tons of press and interviews, and more. We are charting on college radio right now, which is super cool, so you can follow that every week as well. Check it out! 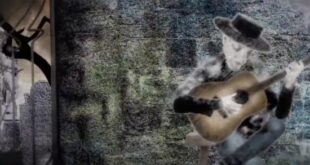 Egomunk has released the video for his new song ‘Radio Hum’. The video finalises a … 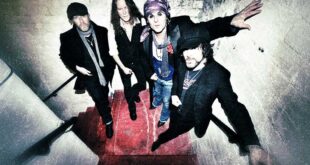 The Quireboys: ‘A Bit Of What You Fancy’ 30th Anniversary Tour 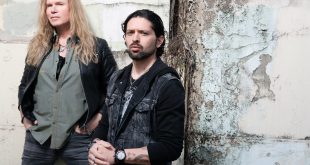 Vandenberg is back! Three little words to warm the cockles of the hearts of many …