Eternal Closure is a Melodic Metalcore band that was founded in 2012 in Montreal, Quebec. Olivier Boitel (lead guitar and backing vocals), talks us through the origins of the band, as well as some of his own personal musical memories… 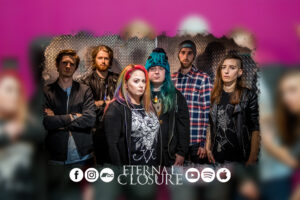 We were…. bad haha. We had fun and we gave an energetic performance but we were nowhere close to good enough in retrospect. It makes for good memories and is a nice reminder to always be humble.

They should expect to hear modern Metalcore that also blends many different influences. There’s some prog, thrash, death, etc… We don’t really confine ourselves to one thing.

Most important thing is the music obviously. If everyone has heard the exact same sound a million times before, they won’t care, no matter how good the music is. 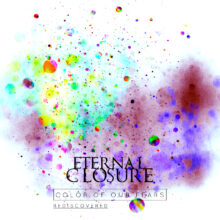 We’re writing new material at the moment. Our new members (Phil and Marine) are contributing quite a bit too which is nice. Our most recent thing you can check out is “Color of Our Fears: Rediscovered”. The new material is slightly different, but it’s going to give you a good idea of what we’re about.

Almost everyone in the band loves Currents. They’re also a bit similar to us so it would be pretty perfect!

One of our discoveries this year has been Aviations. Check out their song “Outliers” if you like progressive metal. It really is a beautiful, long track.

I remember watching my dad playing drums with his band back in the day. The light blub on was “ON” from pretty much day one!

Devin Townsend with The Contortionist and Haken. If that was the last gig I saw in my life I’d be pretty happy.

There are many options haha. I guess a “guilty pleasure” of mine would be BABYMETAL. You can say what you want about them but they’re well-crafted songs and super catchy.

As mentioned earlier, our whole band’s favorite album was pretty much “The Way It Ends” by Currents. Personally, I’d recommend “The Oubliette” by a band called The Reticent. It’s essentially an even more eclectic version of Opeth. Really great stuff and not many people know them.

We are the most active on Facebook and Instagram. We post many times per week. We have fun with it. We try to make our pages funny and interesting, not just spamming “hey guys we have this show next week”. We share cat memes, takes on what is going on in the world, and everything in between. Check us out, it’s fun and interactive!