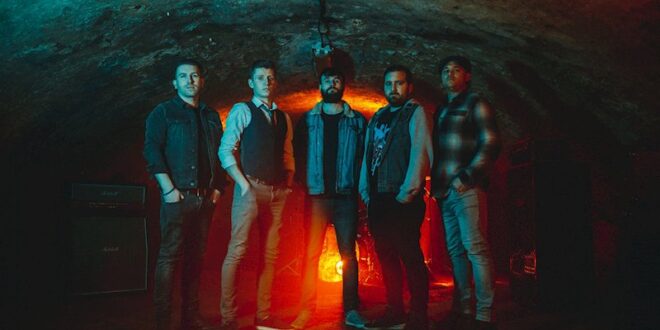 Hi-octane modern rockers, Dead Reynolds, continue their ascension with the release of their hugely captivating new single, Voices, out Friday 27th November. The infectious track has been lifted from the band’s eagerly anticipated debut album, which lands in the Spring via Fort Records. Dom Greenwood (guitar/vocals) talks us through the origins of the band as well as his own personal musical memories, and that album he has in his collection that might just surprise the Dead Reynolds fanbase… 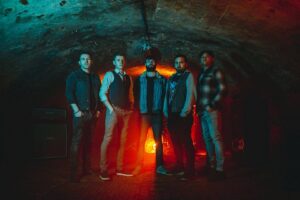 What are the origins of Dead Reynolds, how long have you been playing together?

We have been together for 2 years having known each other from the local band circuit in Cambridge. A mutual love of all things rock-related lead us here and we haven’t looked back!

It felt very natural and we couldn’t wait to get on and start playing the songs we have been crafting together! It went down well and soon after we embarked on a 10-date tour

We don’t take ourselves too seriously and have fun when we play live so the crowd gets involved which is great! We often jump in the crowd and join in too

The new single, Voices, is due Friday 27th November, (pre-save here) what was it about Voices that made you chose it as a single? And, what lyrical themes are featured on the track?

Voices – Out on 27/11. Very much based around mental health, thoughts, feelings, and actions. In the middle of a pandemic and uncertainty of the future – voices in your head. There are a number of analogies in Voices linked to how people can feel when they are isolated like “Tear down these walls that we’re leaning on, Shake down these sheets that we’re sleeping on” and “Did you ever feel like this alone, see the walls surround me, just like home, Hearts on your sleeve they call your own, Sew down these scars that we’re bleeding from” 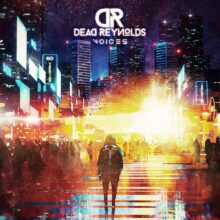 Would you say that Voices is indicative of what the forthcoming debut album will sound like?

Absolutely, the album sees a slight change of direction for us but will have the same punch and power as before but with a modern twist

In what ways has the band grown in the few years since the release of debut single ‘Dust’?

We have grown massively as friends and a band of brothers both on and off stage. Songwriting has evolved and is easier and the way we work in the studio with our producer Jack is also a far slicker process

Dead Reynolds has supported both Deaf Havana and Mallory Knox, but which band out there at the minute do you feel that you would be best suited to open for?

Bring Me the Horizons style and direction has changed over the years but with the stuff they are putting out right now, we would be a good opening act!! Can you get that arranged, please!??

So many but check out:
Des Rocs
Inhaler
Fever 33
Bones UK

We all played from an early age and were in school bands and college bands but going to the big stadium shows that bands like Bon Jovi/Aerosmith/Stereophonics/U2 would put on when we were teenagers made us all want to do this!

Me personally – my Mum! She played guitar and taught me when I was 10 as she couldn’t play anymore as she was pregnant with my brother! The house was always full of music, Queen, Dire Straits, Cliff Richard, and The Beatles so I was brought up on a diet of rock n roll and loved it from an early age!

Climate change – having recently been on a course for the job I do outside of the band and not knowing too much about it, everyone needs to know the impact and what could and will happen if we don’t start taking care of the planet!

No, it’s a great platform and everyone deserves an opinion, you don’t have to listen to it right!? I am a massive U2 and Manics fan and you don’t get too much more political than that! I don’t agree with everything that is sung about but it is thought-provoking and it’s another point of view!

Too many!! I love all music. Probably – Charlie Landsborough – What colour is the wind. If you haven’t seen or heard of him. A super talented songwriter from Liverpool, lovely songs, and a great voice, makes me think of my Grandad!

Although 2020 has been a year to forget, there has been some great music released; what would be your album of the year?

Alterbridge – Walk the Sky 2.0 – only came out a couple of weeks ago but to hear those guys live is amazing, Myles is such a talented singer, and the power behind it all is huge!

Mike Duce – previously of Lower Than Atlantis and now has his own stuff out under the banner “Headache” but has written for 5 Seconds Of Summer and a number of other bands and artists, great tunes!

We have an album scheduled for April 2021 and then plans to tour but we will see!

All of the usual platforms – come and say hello!!!!