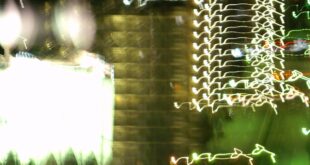 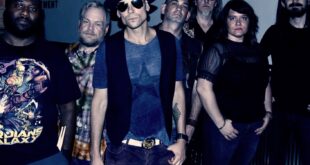 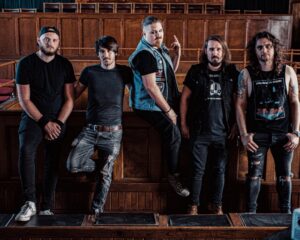 What are the origins of Dead Man’s Whiskey, how long have you been playing together?

We formed Dead Man’s Whiskey in 2016 when James’ and Bill’s former band had split up, they put out an advert which was answered by me. It was a really bizarre first encounter where I remember spending 40 minutes driving around trying to find them and I almost went home, gladly I didn’t! We then interviewed a whole heap of singers, some were cool but couldn’t sing, and then I randomly saw a singer upload a cover of CeeLo Green, and I was like, that’s the guy. I think Nico had a similar first experience to me in regards to meeting us, we used to practice in a studio that was down a dark alley in a dodgy area, pretty sure he mentioned he was debating just leaving. Finally, I reached out to someone who I went to school with, Erim Ahmet, who runs a studio where we do all our demos. He mentioned that he had played a gig with a drummer recently who was looking for an originals band, reached out to Charlie, and the rest was history.

Definitely a nerve-racking moment. I think we had been a band for around a month or two, so we really hadn’t learned to gel as a unit yet, let alone learn any stagecraft. We played the Fiddler’s Elbow in Camden, to around 80 people, and for some reason, I think we were main support. But despite the nerves, it felt right, which sounds cliche, but we all knew we could rely on the other band members to keep the songs going and cover individual mistakes, which makes the whole thing so much easier!

What should people expect when they check Dead Man’s Whiskey out? How would you describe yourself? 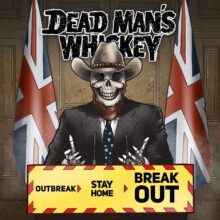 New EP ‘Breakout’ arrived on Friday 1st October. How long have the songs featured on it been brewing for? Did the EP come together quite quickly?

So, Breakout has tracks that date back at least 3/4 years on it, which is weird, we always have the material but never the time to refine and release it. The newest track on it is ‘I am Here’ which was written in the last 9 months or so, it’s probably the most upbeat track which is weird considering the state of the world. ‘Breakout’ was written early 2020, a song about not wanting to go to work and do a 9-5, then no one was allowed in. ‘Sleep When I’m Dead’ is probably the oldest track, it has been completely reworked at least 5 times in practice in that time and we only just found a structure we all agree on. So, I guess, the EP, in theory, has taken years but it’s because with our busy schedule we never found time to finish it, we do have a lot more written now though, so it’s definitely not going to be such a wait next time!

In what ways has the band grown in the few years since the release of the debut album ‘Under The Gun’?

I think we’ve just learned to work together a lot better as musicians, and we understand each other’s personalities a lot better. Creative differences that used to lead to arguments, now lead to constructive debates, so I think it’s really helped our sound grow. We are a lot more critical than we used to be as well, so that helps, and we are trying to put a lot more emphasis on recording quality and post-production.

The artwork for the EP is pretty damn cool, Boris looks really well on it! Who designed it?

Boris has never looked better. We pretty much exclusively work with one artist now, James Gray (related to our drummer Charlie), who does a lot of comic book stuff which we love. The actual design was thought of by myself, and he just made it come to life, somehow he always seems to understand my ramblings and turn them into usable art. I did think it may be quite a controversial piece, as you can really read it in a few different ways, so we did debate whether to run with the design or not, I’m glad we did though.

When people pre-ordered the ‘Breakout’ Digipak or the t-shirt bundle, the band donated £5.00 to the NHS, that’s an incredible gesture, is there a particular reason for this, i.e., do you have family members working in the NHS?

We decided that we just wanted to start giving stuff back, we’ve always done a lot of charity work along the way and never want to stop that. I think the main driving factor is the sheer amount of neglect the NHS gets from the government, and through all the strain they still manage to do an outstanding job, especially in these trying times. We have a lot of fans, and even the band, who have various reasons to use the NHS and we feel that anything we can do to show gratitude for their service is a plus.

It must have been pretty special to have the title track played on Johnnie Walker’s BBC Radio 2 Rock Show? How did he come to hear the track?

That was a major milestone for us, as a newer band we are genuinely so grateful for any support we receive, and for him and the BBC to actually recognise us as musicians meant the world. We have a PR person working on the EP launch campaign and she just messaged us out of the blue one day to say that the BBC was playing the track, so all credit goes to her for getting the track in front of the right people. 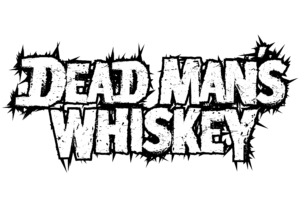 How was your first gig back after lockdown?! And how was your day at Stonedead Festival?

The first gig back was a struggle, not mentally, but physically. It is the longest set we have played to date (1h30), so after being in lockdown for the better part of 18 months it was a shock to the system! It was genuinely such a fun night though, and Ashen Reach really were on top form, so we really had to up our game. The second gig back, Stonedead, was a bit of a shock too, probably the biggest crowd we’ve played to as well, so quite an eventful first few weeks back for us as a band! It was such a well organised festival, all the staff were lovely, and they even gave us our odd rider which was unexpected. I still can’t really come to terms with the actual performance as it’s a bit of a blur for me, everyone in the band has said the same really, but we think we had fun, we would do it again tomorrow if someone asked!

What band out there at the minute do you feel that Dead Man’s Whiskey would be best suited to open for?

Ask each band member and they will give you a different answer, but we wouldn’t say no to the following if you could put in a good word; G’n’R, Pearl Jam, Alter Bridge, Black Stone Cherry, Iron Maiden, Halestorm… We could be here all day.

The band of course were featured on the NWOCR double album, how vital is the grassroots support that a group like NWOCR offers young bands?

As mentioned before, any support a new band gets is always going to be welcome, we’ve been lucky to be featured on a number of compilations over the years.

My first musical memory is being about 2/3 years old and sleeping on my dad’s cab under the stairs of a pub during his set, he’s a very musical person, and he’s definitely the reason I got into it all. I think Download Festival is what made me want to do it if I’m honest, seeing the community music creates with a complete bunch of strangers, and the amount of control a band can have over an audience of people they’ve never met was jaw-dropping.

I went to Slam Dunk Festival a few weeks back, but in terms of actual gigs, probably Mason Hill.

As a band we all have different issues we are passionate about from climate change to trans rights, everyone has their own battles and beliefs.

Probably 50 Cent – Get Rich Or Die Tryin’. There’s a lot of random stuff in there though, I enjoy most music.

I feel like ‘Point of No Return’ [Those Damn Crows], and ‘Against the Wall’ [Mason Hill] are pretty solid albums, can’t think of any bigger band albums that have got me excited recently.

We are playing a few headline dates, and supporting The Fallen State on their UK tour, so a pretty busy end to the year. We are also working on new material for an album, and a few covers too which we can trickle out just for fun, some are proper curveballs!

We are quite active, the best way to connect with us is via our fan page on Facebook ‘Whiskey Chasers’. We check our socials every day, so we normally respond fairly quickly, we do miss the odd message or two though, so apologies for that!

Previous Review: Unto Others – ‘Strength’
Next RELIGION OF TOMORROW: New Video – ‘United We Fall’