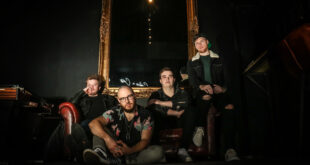 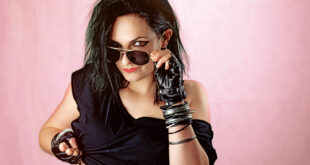 Hi Tom, thanks for making some time for us. Now, Negative Sky recently dropped the brand new video from the new album ‘Placid Black’ – why did you choose ‘The Dark Unknown’ as the lead single video? “I think releasing a song accompanied by something cool to view can pique a person’s interest more so than just releasing the song by itself. We definitely wanted to promote the album in a way the industry once did… A video single, followed by the full album release.” What was the concept for this video? What did you want to show your viewers? “At first, we wanted to have a storyline of what the song was about, intertwined with a live performance of the band, but after we shot footage at a live show and private performance, we felt like the energy of those shots could stand alone, and we didn’t want to take away from that by adding an interpretation of what we felt the song was about. Instead, we’ll let the listener interpret. In the end, we wanted a high energy live performance to go with an energetic soundtrack.” Fair enough. What were the inspirations behind the new Negative Sky album, ‘Placid Black’? “This record really speaks to who Negative Sky is. A lot of the song content and music was written over a long period of time, and in that time, there were many ups and downs in our personal lives. The album definitely reflects that. There’s a lot of heart and soul in there.” Excellent, and when is ‘Placid Black’ set to be released? “We’re shopping it to labels right now. The album has been done for awhile, and we want everyone to hear it, so if we don’t get a deal we’re happy with, we’ll release it ourselves.” The Negative Sky sound is pretty hard and raw. Which bands have influenced you the most to become what you are today? “Everyone in the band enjoys different music. But our sound definitely comes from our Metal and Hardcore roots. Overall, we love bands like Meshuggah, Tool, Clutch… way too many to name.” What got you into this specific genre of music? “We’ve always loved Metal music. All genres of Metal. It’s what we’ve always enjoyed playing.” Negative Sky are about to finish up a short tour across the States. How has that tour been for you? What’s been the highlight? “We just love playing, so every show is a highlight. It’s great to have new people dig the music and the show, but I guess the show with Deftones was the coolest thing.” I bet! What’s your favourite song to play live? “My personal favorite is probably ‘The Test”. What would you say makes a ‘good crowd’? Do you like a lot of movement in showing appreciation, or are you not too bothered what they do? “I love movement, but as long as people are interested and engaged in what were doing, then I’m happy. We always try to give everyone the best live show we can, regardless of what the crowd is like.” What’s been your best and worst moment preforming live? “I don’t really have a best or worst moment that I can recall personally, but overall I think the best moments are when you have an amazing performance for an energetic crowd. And the opposite, when there’s a technical issue, or something beyond your control.” What’s coming in 2017 from Negative Sky? “We’re finishing out this year with shows with Crown Of Thorns and Clutch, and 2017 will see the release of our album ‘Placid Black’. We also have a new website about to launch, as well as plans to release a lyric video… and, of course, more tour dates.” Cool. Last question, just to settle my curiosity… What’s your favourite record… ever? “Oh man! Impossible to say. My personal influences range from Tool, Rush, Kiss, Metallica, and way more. Could be any number of albums, depending on how I’m feeling.” Thanks for taking the time to speak to us here at DGM, Tom. It’s been a blast! “Thank You.”   Interviewer – Dave Stott]]>