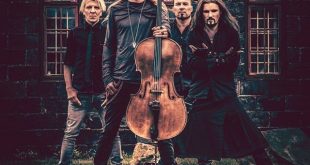 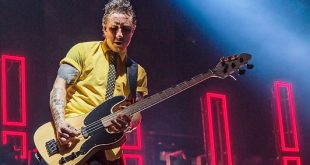 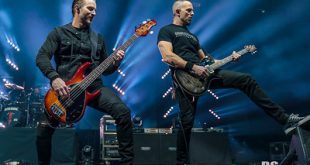 While Battle Beast are touring their new album “No More Hollywood Endings” I was lucky enough to catch up with singer Noora Louhimo before their Glasgow show. We chatted about the new album, the future of the band, songs that have special meanings to her, her solo project and more. 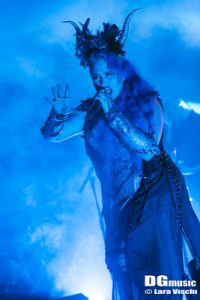 You’re currently touring your latest album “No More Hollywood Endings”. How has it being going so far? How are the fans reacting to the new material?

Well it’s been great actually. The shows are bigger than before and people are coming to our shows. It has also brought up different emotions which is really good because I really love that we can make people talk. You know that it’s not always like “Yeah whatever they did a new album it’s the same as the previous one” but actually we did again something different with this new album. Some people have liked it and some people haven’t liked it but as long as, you know, people keep coming to the shows that is the most important thing. And yeah this album has sold the most of our albums for now so it seems really good.

Early Battle Beast seemed to be fairly straight ahead power metal, particularly the first album, but your newer material seems to incorporate more varied influences. Especially “Endless Summer” is a track that has perhaps been a bit controversial with existing fans. It has more of an 80’s feel good pop/rock feel. Do you worry about alienating fans when you veer away from typical power metal ideas?

Yes well of course there is this affect also, but the thing is that if you never try anything new then you can’t develop forward. You can’t just do things in life by fear. You just have to try different things and I really love that song. It’s like “Endless Summer” is also like a tribute to Whitesnake and Skid Row and great bands like that and I really love singing that song live. So of course you can’t please everyone but I’ve noticed that many people that have come to our shows, they have come and said that they didn’t necessarily like this song before but when they heard it live it’s like many times better. And overall people say our music sounds better live so it’s like that is the best thing that you can hear that you can improve from the album. Of course when you do the album you try to do your best on that album but it develops definitely forward during touring a lot. I always try to do different things with the songs, play around with the melodies, and things like that so it won’t get boring to the audience or get boring for me.

What do you see as the future for Battle Beast’s musical direction? Will you be incorporating more diverse elements? Will the core of the band always be power metal?

(Laughs)….yeah I can’t predict the future. What I can say is that we always try to develop our music but I still believe we can keep the Battle Beast likeness in the songs. It comes from certain things that we really want to do but I really love that we now have more tools in our musical scale. We can do theatrical stuff, we can do epic heavy metal songs, we can do a little hard rock/pop thing or power metal. The thing is that we definitely want to keep doing power metal and be also loyal to our old fans also.

Are there any songs that you’ve done so far that hold a special meaning for you? Maybe lyrically or just that you have special memories associated with them?

Yes even though I haven’t done the lyrics for this new album it’s like there are issues that are very close to my experience. For example “Unbroken” the song that the album starts with. It’s about being bullied and kind of how to deal with it. I used to be bullied as a child a lot and that affects actually the rest of your life, how you see yourself, or how you see other people. In that song we try and encourage people who are bullied, to remind them, that you can actually rise above that at some point and survive in life even though they were bullied as a child. There is a message to bullies too that maybe you shouldn’t do that as you can really ruins someone’s life with that action. There are a lot of other songs too but that first song is very personal to me. 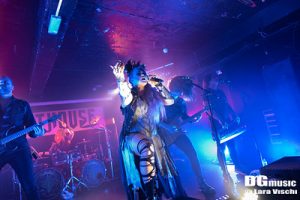 Am I right in saying that you hadn’t appeared on any albums before Battle Beast. What was your musical history before the band?

It’s a long story but I’ll try to keep it short..(Laughs). When I was a kid my first idol was Whitney Houston and Michael Jackson and all these pop stars. I really loved Whitney Houston because of her voice and I really wanted to learn how to sing with that big sound. Then I used to do so many different genres until I was 19. I used to do pop, soul, blues, rock and everything. Then I established my first band in “Blues Bar” in my home town. We started doing Janis Joplin material, and other like hippy rock kind of stuff, and blues and also wrote songs like that. Then I developed the rasp in my voice. Before that I didn’t quite have it. So now that I could sing with a big sound and also have the rasp and I could believe that ok now I could sing some more heavier stuff. Then I was contacted by Battle Beast and they asked me if I would join the band. They had seen my…eh.

Yeah YouTube video. I was singing Janis Joplin in it and they asked if I could join the band and go on tour with them with Sonata Arctica and I was like…

So it was just out of the blue and you didn’t know them?

No we didn’t know each other at all and the first time we got to know each other was on tour. This is what’s been going on for the last 7 years. We have been in the studio, rehearsing, doing albums, touring and…(laughs) yeah it’s been very hectic.

I saw an interview where you said that you did some vocal coaching? If someone wanted to have lessons from you how would they go about that? Do you teach them to sing in your Battle Beast vocal style or do you teach a variety of genres?

I have this concept called “Sing like a Beast” (here: https://www.facebook.com/singlikeabeast/ ). People can apply to become my students through email or through Facebook. The whole thing is that I really want to put forward this legacy of the things that I know as a singer. Especially people who want to learn how to sing in a rock way or heavy metal way. That’s something I can really help with but also I can help with the basics. I have many students who have really good voices but have problems with their breathing technique, or something like that, so I help the students in the way that they need. I really love to do that as you can actually help someone else to conquer their lows. For example I have a couple of students who want to become an artist, and how to develop themselves as an artist and performer, I help with that. So definitely if there are anyone who wants to apply to become my student just contact me. 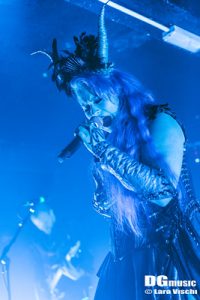 The quality of metal vocalists seem to be very high right now. Do you feel to succeed in the metal genre that you need some formal training?

Yes you should have training all the time. Even I train myself and search for good teachers all the time. The thing is that as a musician, it doesn’t matter what the instrument is, you have to have the hunger to develop yourself to be better all the time. (Laughs)…so yes is the answer.

Do you feel your voice is developing and changing as Battle Beasts career is moving forward?

Yes definitely. Especially the previous two albums. The songs have actually been written to my vocal range, to my ability. The guys know how I can sing in different ways. They aren’t necessarily doing only songs for my comfort zone but I can actually challenge myself. That is really great that I can do that in this band.

I saw in an interview where you commented that you were working on a solo album. How’s that coming along and is there a release date for that?

There’s no release date for that because we are really busy with Battle Beast right now but I’m in the song writing process. This is going to be a trip back to my musical roots. It’s going to be more blues rock…

So it’s not going to be a Battle Beast, sort of, spin-off?

No no it’s not going to be heavy metal at all. So everyone who loves blues, rock, country music. It’s going to be in that direction.

That sounds cool I’ll look forward to that. Thank you very much for time.

Thank you very much. Thank you. 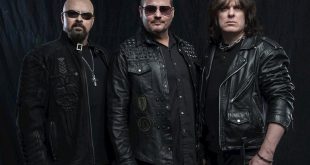 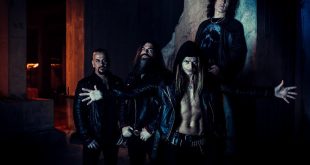 Swedish heavy metal masters WOLF strike back with their brand-new single “Midnight Hour”. It is … 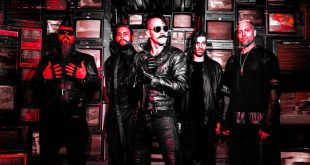