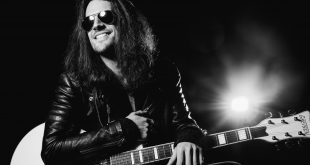 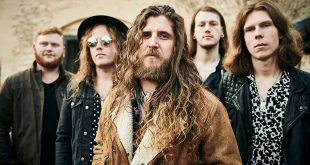 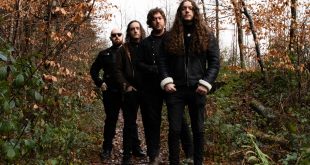 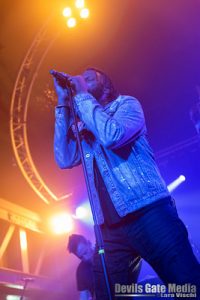 Fire From The Gods might hail from Austin, Texas, but, as vocalist AJ Channer explained in Glasgow (before the band graced the stage to support The Hu on the Mongolian’s sold-out tour), he is well travelled, and his own experiences have helped shaped the mantra by which Fire From The Gods live: “In Us We Trust”.

Am I correct in thinking that this is the first time that the band have played in the UK?

And you’ve spent some time in the UK yourself? You’ve lived in Norfolk?

“Not that Norfolk. Norfolk, Virginia, but I’ve lived in London, yeah.”

“Norfolk, where the farmers are!”

Yep! Cheers for clearing that up! Now, onto the latest album and tour. You’re touring ‘American Sun’. Is there anything symbolic in the spelling of Sun?

“Very much so, because being an American band, we are American “sons”, but the American “sun” symbolises the future and the youth of the future, so it symbolises a brighter day. Leaving the dark past behind and moving into a new light, and that’s the reason why. It’s a play on words.”

There is a lot of variety on the album: hip hop, metal, ska even….

“We didn’t set out to make the album as varied, it just came naturally. There are a lot of different influences here. Yes we are one band, but we have very different influences, so we brought that to the table and said… whatever comes, comes. We did it on [previous album] ‘Narrative’, and on ‘American Sun’ we took what people really liked from ‘Narrative’ and, for lack of a better way of putting it, doubled down on it, and expanded on that. It’s a little bit more melodic than ‘Narrative’, and that was the most deliberate thing on the record… to make it more commercial appealing, because the message is the most important thing. Fire From The Gods is about the message.” 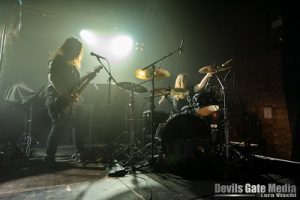 Do you feel that, even in 2020, there is still some ignorance within the metal scene when it comes to broadening horizons?

“Of course, yeah. I think, right now Rock has evolved, and it’s a good time for Fire From The Gods especially. I’m a black guy that fronts a metal band with a very diverse background. Our drummer is from Germany, the other guys are from various towns in Texas, and we’ve brought that together. The very essence of the band symbolises the times, the sign of the times. Metalheads… get with the programme!”

How did Zoltan from Five Finger Death Punch come to be your manager?

“Zo heard the band via our lawyer. We were coming off touring ‘Narrative’, and we were making some changes in our team. We didn’t know who was going to put the next record out, or who was going to manage the band. Our lawyer played ‘Narrative’ for Zoltan, and immediately he contacted me.”

“When ‘Narrative’ was released, people didn’t really understand what the band was about, they just wrote us off as a “political” band, whereas we are not a political band. We are an agent for change, which can seem political and seem polarising, if that’s all you focus on, but the band and our message, and who we are, is really about society and humanity. I believe that politics is an aspect of humanity, it is not everything. But, especially in these times, there has to be someone that stands in the centre and says, ‘there is a bigger picture out there. It’s not just the left and the right. It’s about us, everybody together.’ Hence the reason that the theme of the record is ‘In Us We Trust’.

You must have picked up a lot of that when you were travelling?

“Exactly, yeah. I lived in Ghana for about four years from when I was twelve to when I was sixteen. Obviously, London is a very diverse city. I was born in New York, my mum’s family is from the South. I was able to hone all that into making me the person that I am today. I’m not a politician, I’m an artist, so I have to use those things that brought all that together and use my diverse background and project that message.” 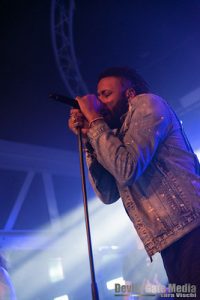 Download Festival in the Summer… Do you know what day you are playing?

“Yes! Download as well as Hellfest! We are playing Saturday, which is the day that Iron Maiden headline. That will be a blast. I can’t wait to hear ‘The Trooper’. I love Maiden.”

You’ve also got the American tour coming up with Hollywood Undead and Bad Wolves.

“Yeah, that’s all part of the family. All three bands are on the same label. Zoltan manages Bad Wolves as well as Fire From The Gods. The label has changed its name to ‘Better Noise’, which is a better name because it is a “better noise”. Bands like Papa Roach are on there as well, and that was part of Zoltan bringing us on. Rise Records was a great label, but they have a very Indie vibe. They really couldn’t support the band or where the band needed to be. It’s really commendable, in these times, to have good people in the industry that say, ‘For the good of the band. For the good of the music. For the good of the message. Let’s help this band.’ Some contracts were broken, and we are now where we are.”

They are some serious gigs that they’ve got you over the Summer.

“Yeah, and this tour as well. I mean, we would have eventually been here through Rise Records, but to go out with The Hu, and what they’ve done, is all part of helping us spread that message of unity and humanity.”

…and soul. There’s a lot of soul in your music.

“Yes, there’s a lot of heart that goes into it, I’ve been through quite a bit, you can hear it in my voice now, man. It’s been a long one, but it’s all heart, man. The most important thing about Fire From The Gods is the message, and ‘American Sun’ really touches on the importance of that, and ‘In Us We Trust’. A better you means a better world. It starts with you, a better you makes a better town, makes a better future, a better world.”

Your accent is uncanny! Years of living in America and you have never lost your London accent!

“Mate, we’ve been in England now for the last week or so and I’ve seen tons of family. I spent the day with my cousin, so it all just comes right back! It’s been a blast, man. I haven’t been on this side of the world in about seven years, but I’m still a massive football fan. Arsenal are my team!

On that note, our time is up as AJ has the small matter of a sold-out hall in the need of some warming up. Fire From The Gods are back in the UK during the Summer for an appearance at Download Festival. Find all the relevant information here.

On the heels of their record release last Friday, IRIST have released the next two installments of … 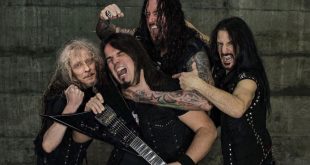 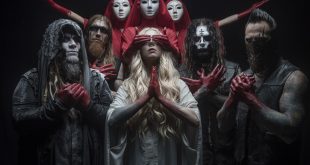