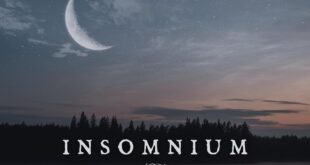 Andrew Horn take a fucking bow( This is a Twisted Sister review so get settled in for the profanities). This is a work of art. Without a doubt the best Rockumentary I have ever seen. I may be slightly biased here as TS are one of my all time favourite bands. Now if Dee was reading this he would be saying, go on prove it sunshine as he has made mention many times about his being confronted by Twisted Sister’s “number one fans” and how he deals with them so I feel I need to give a little of my own history with this band…

Back in 1982 I got a call from a mate who had just been on a shopping trip to Glasgow(I still remember this as clear as day). He was rather excited and told me to get round to his house ASAP. That was it, that was all he said. Not knowing what the hell was going on I legged it round to his house as soon as I had dragged on my dodgy baseball shoes and bikers jacket. I get to his house out of breath and banged on the door. He answers and says hurry up, we run to his room and he just hands me a 12 inch EP that is black and pink and has a huge TS on it. I was bemused but he said sit down and listen…and that was it, I sat there for hours playing and replaying both sides of Ruff Cutts(for the kids…that meant getting up off your arse and physically turning it over).

I was so impressed I would not leave his house without this EP. I eventually agreed to swap a full length album( I have no recollection of what I swapped and I could not care less what it was) and left his house completely sold on this band. From that day onward I bought every album, 7″, 12″ and picture disc that came out. I still have them all along with my SMF of TS plastic credit card that came with one of the 12″ singles.

The reason I tell you this story and the reason I loved this DVD is one and the same…it tells the story of the fans as much as it does of the band and they were pretty much all as devoted as I was.

Now if you are expecting a DVD stuffed full of the bands hilarious videos that were never off MTV or the rise and fall of the band just forget it, this is not for you. This is the Twisted Sister from the gutter, The dirty, sleazy and disrespectful band that never gave a shit. This is the story of the band from it’s birth(way before Dee was involved) and takes you through the six years up to when they finally got a record contract.

Yes, I did say six years. I am forever bemoaning to whoever will listen to me of how tough new bands have it today but this story tells you the truth…it was never easy. The only time it was easy was after Twisted Sister hit the big stage and took MTV by storm. They opened the floodgates to hair metal and every label wanted their own Twisted Sister. There will be a lot of people who hate them for that as there was a lot of untalented people and bands that were signed just because they looked good but that is not Twisted’s fault. The whole image of this band was to say we are not pretty boys…we are just feminine animals.

I have decided there should be a petition to have this DVD in every library throughout the world and every group of people who decide to start a band must hire it. This movie tells you how tough it can be to start a band from scratch but to be fair how many new bands do you think could do five sets a night, three to four nights a week? Not many I bet. I also doubt there will ever be the day when an unsigned band draws a crowd on 23,000 metalheads…sadly those days are gone.

There are far too many stories and highlights of this film that I could never list them all but the absolute top ones have to be The Twisted Sister trash a venue tour, The time they burned the original sign from Saturday Night Fever in the venue it was filmed to the chant of a thousand pissed up New Yorkers screaming “Disco Sucks” and of course the pissing in cups and holes in the wall as they refused to walk through the crowd to a toilet. Another personal highlight was when they played the Tube, a TV programme in the UK. I can still remember watching it live back in the day(and I am sure to hell I have it on a VHS tape somewhere but so you don’t have to wait for that as it is above).

As a fan this is sheer brilliance and even hit me with loads of stuff I had no idea about. As a documentary it works so well. It takes in stories from all the band members, local bands, some very dodgy venue owners and fans. It is completely honest and I found it a brilliant supplement to Dee’s biography”Shut up and give me the mic”. It shows the drive, belief and out and out balls of a band that would not give in and all I can say is I am so proud the be part of the British fans who accepted them firstly, outside of New York and sent them on their way to stardom.

Go out, buy it, borrow it, steal it but just make sure you watch it and then make sure you get a ticket to a show at this, the last tour…see what all the fuss is about. The band are phenomenal live and if Dee is in Lemmy’s top two performers he should be in yours…There is no there showman alive or dead can touch him, no other front man can command a crowd quite like Dee Fucking Snider.