BRUNHILDE: New Single “All Is Lost” Out Now 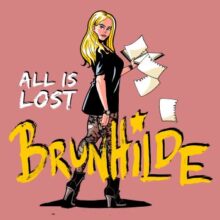 All Is Lost – that’s the telling title of BRUNHILDE’s third single. But is everything lost? Really? – Well, of course not! As long as there are fresh new bands like BRUNHILDE, there’s no need to worry about the future of music. The rising stars of crossover-rock are also very optimistic about the future. Singer Caro Loy explains: “Admittedly, All Is Lost sounds a little dramatic at first, but actually it’s quite a positive song, one that gives you courage; it’s not supposed to bring you down at all. It’s all about staying strong when life is difficult. Even if it seems as if all was lost, you have to keep control and mustn’t give up; you should look for solutions in an active and independent way. I consider this is very important, especially in times like these.”

A strong motto that the confident singer always reminds herself of, when the going gets tough. The music of All Is Lost also emanates pure energy. “The song is absolutely unpredictable and completely different from our first two singles When You Were Born… and Choir Boy,” Caro explains. “You can hear that it is cut from the same cloth as our other songs, but when you’re listening to it, you never know in which direction it’s gonna develop.” Speaking of development: “Originally, the song was called Come With Me,” the Rock ‘n’ Roll queen tells us; “it’s one of the first songs that we worked on with our producer Charlie Bauerfeind. He also turned this tune into a real masterpiece.” All Is Lost? – Not bloody likely!

All Is Lost is the third single release heralding BRUNHILDE’s studio album, which is scheduled for February 2021. The digital single is released on September 18th, 2020.”

BRUNHILDE – a name that sounds like a thunderstorm. Mystical and legendary and very close and alive. Their name taken from the ancient German Nibelungen Saga, BRUNHILDE are rising stars with their intriguing Punk & Metal sound made in Germany. Right in the centre of the storm, there is the spectacular front woman and lead singer Caro – blond, wild and belligerent – a real Valkyrie come to life, taking the audience by storm. Accompanied by her “partner in crime”, axeman and song writer Kurt Bauereiß, this beauty sets every stage on fire like a beast and knocks her fans off their feet with her style, her energy and her voice. There’s no doubt about it: BRUNHILDE emanates a magical mix of hard guitar riffs and blond poison. The enigmatic duo is about to conquer the world (of music) – with their unpretentious and straightforward Rock & Punk songs, mixed by none other than master-producer Charlie Bauerfeind (Blind Guardian, Helloween, etc.), who instantly saw the extraordinary potential of this band. All the songs were recorded in the band-owned Streetlife-Studio in Fürth, Germany. The duo was joined by bass player Oliver Holzwarth (ex-session musician for Blind Guardian) and drummer Bastian Emig (Van Canto). BRUNHILDE embark on the latest chapter of an amazing saga in spring 2020, when releasing their first single and their following EP. And those are just harbingers of their forthcoming thunderous LP. Stay tuned! 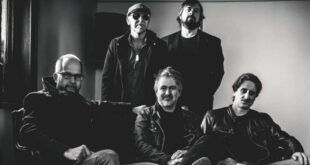